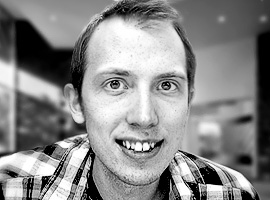 David Hayes grew up in southern Colorado, the second oldest in a family of 15 children. While he was surrounded by people who followed Jesus, he didn’t surrender his life until he was 14. After being invited to a local youth ministry, he was amazed by his fellow student’s relationship with God. As the weeks went on he could not stay away from this church and this God that seemed to really be known to them. He had to know this God for himself and so he found any way to get to church he could, including riding city buses by himself every week to downtown Colorado Springs. Several weeks later he gave his life to Jesus in the middle of a worship service after hearing an audible voice from God inviting him to be his loved son.

His passion for Jesus sparked a passion for seeing young people discover Jesus and have their lives changed by Him. In 2002 he co-founded a nonprofit online counseling ministry for teens, offering God’s hope to young people struggling with addiction, depression and suicide. He as been in some kind of student ministry leadership role since 2005, leading worship, teaching messages, driving students, and serving wherever needed. Today he is privileged and humbled to be the youth pastor at Calvary Fellowship Fountain Valley and Flashpoint Student Ministries. He is so excited to know and serve young people, calling them to know God and run towards His plans for their lives.

David is married to his wife, Julia, whom he met in church - an answer to his prayer for a Godly wife. She currently serves with him in Flashpoint Student Ministries and works as a full-time elementary music teacher and part-time private lesson teacher.