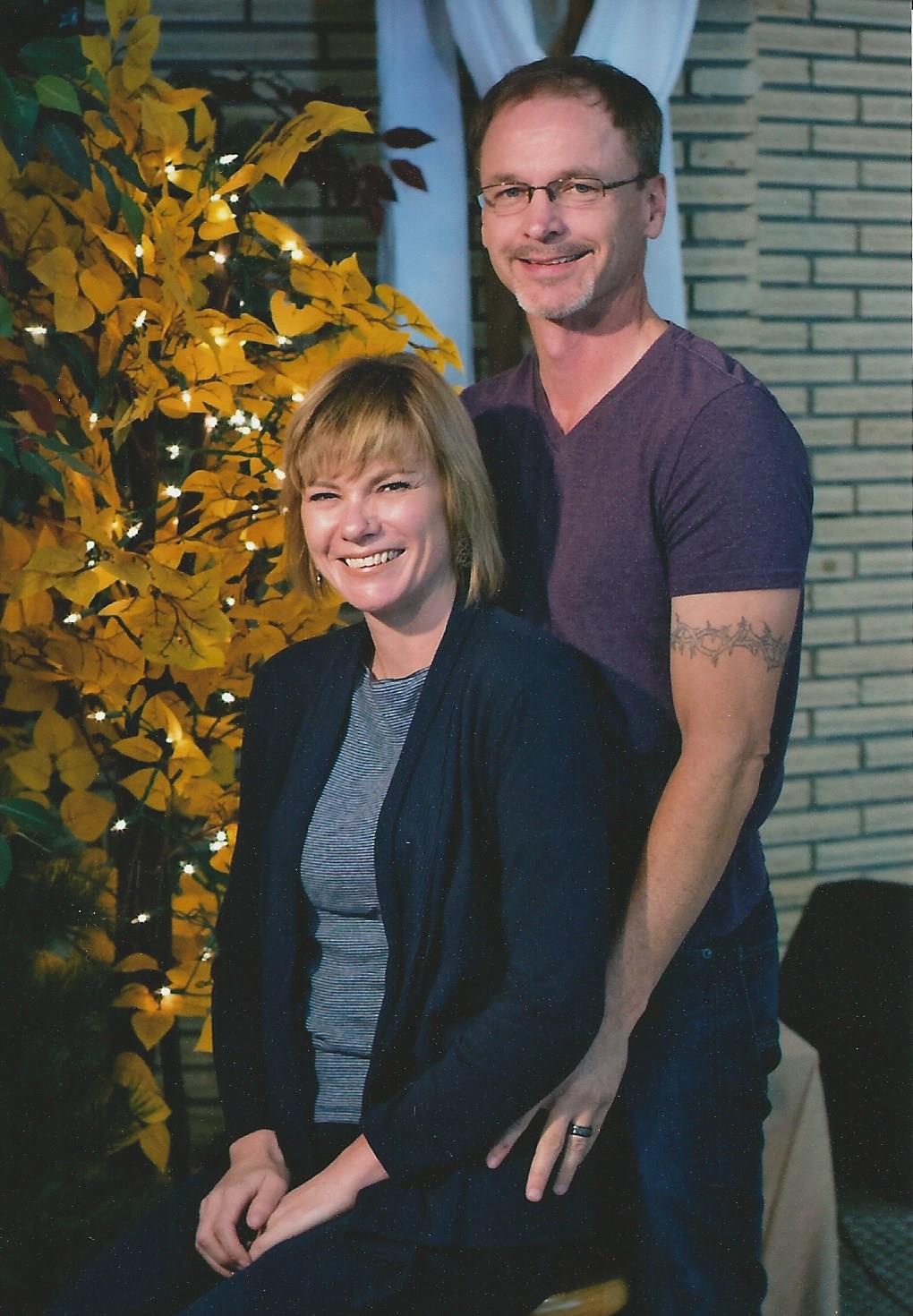 Perry comes from a military family. They moved to the Security/ Widefield area in 1978. Perry grew up going to church with his parents and grandparents though as a teenager, he briefly strayed from the Lord. He lived life with the false idea that he could live like the rest of the world and say he believed in Jesus, therefore being saved. It wasn’t until he was 29 years of age when the Lord convicted him with the words…you say that you believe in Me, but you don’t want Me messing with your life, running through his mind. That is when Perry decided that he wanted Jesus in every part of his life and wanted to live for Him and not just believe in Him. Scriptures teach us that even the demons believe in God but don’t live for Him, James 2:19.

As Perry started living for the Lord, he began praying for a wife who worshiped Jesus. That is when he met Jennifer, who didn’t know the Lord at the time but just six months later chose Jesus as her Lord and Savior. Within a short time thereafter, they joined the worship team together and were married in 2003. Their blended family of six includes four children; Aaron, Justin, Alyssa, and Chase.

Before arriving at Calvary Fellowship Fountain Valley (CFFV), Perry and Jennifer served passionately as junior and senior high youth leaders for 7 years. Together, they also served on a team that traveled to South Africa to minister to the locals and help restore and update two church facilities. Perry and Jennifer also helped develop a curriculum to train teenage and young adult students how to lead others. In addition to service on the worship team, Jennifer also led the women’s ministry. At various times, Perry could be found ministering at one of the local high schools, preaching at city-wide youth gatherings, and filling in for the Senior Pastor on Sunday mornings. He also served as an Elder for 4 years.  Shortly after joining the CFFV family, Perry and Jennifer helped develop a Bible study course designed to help Christians own their faith and build up their confidence in Christ to share the Good News of Jesus through their testimonies with others.

Perry has an earned degree in Biomedical Engineering, a Masters in Biblical and Theological Studies, and an honorary Doctoral degree in Theology. He is a Senior Fellow at the Calvary Academy (an extension school of the Reformation Bible College). He is currently employed at Penrose hospital. His wife, Jennifer, has a Masters Degree in Psychology with a concentration in Applied Behavior Analysis with the plan to become a Board Certified Behavior Analyst.  She worked for Widefield School District 3 for 7 years, most recently as the Autism Behavior Specialist for the District. Currently, she provides in-home and community-based behavioral therapy for individuals with developmental disabilities as a Registered Behavior Technician.